I feel like I've been neglecting my wargaming recently. So, newly refreshed after a holiday to Centre Parcs I've been getting on with painting some Ceasar Miniatures moderns for a few games of Force on Force. I dug out these that I bought a while back and had a few undercoated already. I was inspired by Roger's British that he had been painting recently and I thought I'd have a go at copying his painting style of drybrushing on black undercoated figures. 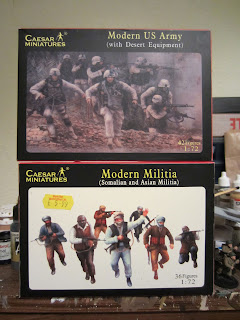 I've not quite managed to paint these as well as Roger's but they look quite effective from a distance. The scenery is by Last Valley. I picked a whole load of this great desert scenery up from Vappa last month and I'm looking forward to using it. 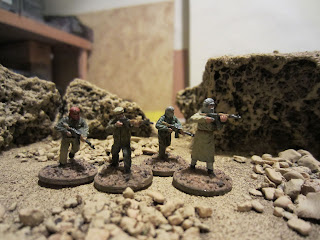 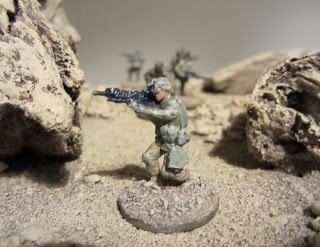 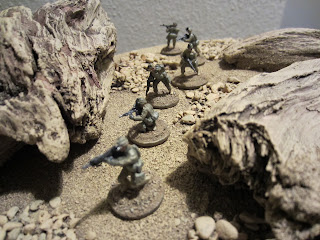 ﻿
The Modern US Army box has some awesome figures in it, there is a great sniper pose. The 'Militia' box has a mix of Arabic and African militia, this is ok as you get to field two different opponents from the one box but you end up with limited poses. You could game scenarios from both the Enduring Freedom and Day of the Rangers supplements from the Force on Force range of books with just these two boxes. I've ordred the Urban Resisters box too just to make up the numbers for the 'Arabic' side. I've also ordered a box of modern Germans in desert gear, which will give a good representation of a NATO force, especially if I get the British and French later. (The French come randomly with Chinese special forces?)

I also picked up this Iraqi T72 from a local shop that was selling off their 1/72 scale pre painted diecast tanks. This one is by Forces of Valor. Hope to win a few ebay bids on various other bits this week. 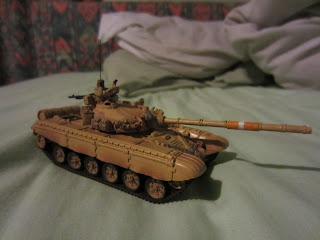