Well, they wern't kidding! I've not seen fog like that all day for a while, we drove through the murk and got there about 10:30am. It was already fairly busy and after a quick pie and peas we set up a game of Last Night on Earth, which is a very American Zombie game. I liked it, first time I had played it and you really feel like you're in a typical Zombie film, playing a particular character and taking on the zombies as they spawn from entry points on the board. I have to say I'm getting more gripped by board games and the freedom from painting figures is refreshing. Thanks to Richie for bringing it along, we had a game with Norman D and a passing kid, the kind you get at wargames shows who gets left at what ever table will have them by their anxious to get some alone time parents. 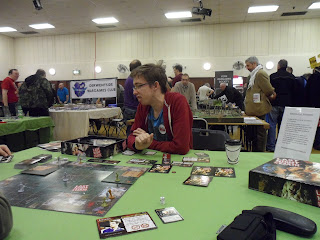 The show was in a great venue, plenty of space and two main rooms of wargaming. This meant it never got too loud or chaotic  around the tables and the atmos was really good. The games were simple and small affairs, nothing was out of the realms of possiblity to create by the average wargamer which I liked. It felt like you were in a wargamers living room or were at just one big club night and as ever our North East hosts facilitated a friendly environment.

I had a chance to have a look at Battleground Kursk, the new rules set speciffic to Eastern Front WWII as there was a demo game in 20mm. Wasn't too impressed and the sheer size of the rules made my head spin. I did take some photos but the gym part of the venue was very yellow in the lighting and photos wern't going to turn out too well.

Purchases were few, I'm saving my big Birthday/Christmas splurge for Pudsey next weekend but I did get some Last Valley scenery and a huge piece of terrain from the Middlesborough guys, which is big enough for my 54mm figures. Here it is pictured with an unpainted 28mm figure so you can see just how big it is! I'm hoping to maybe do a Toy Soldier game of Stalingrad with it next year at a show. 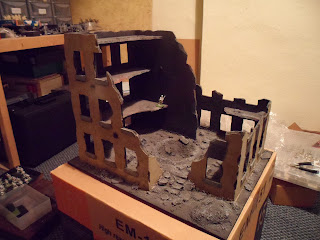 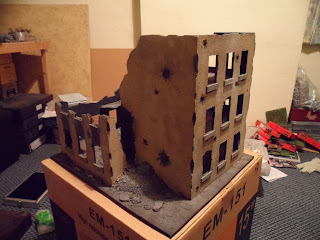 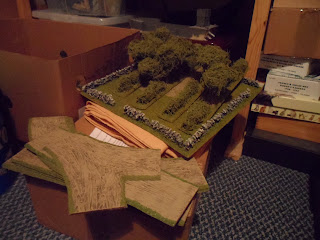 We came home from Middlesborough on the A170 which was a bit of a back road detour, passed a field I used to camp in that I hadn't seen in over 20 years! We were pretty hungry by then so Richie suggested we stop at his post office / tea parlour for high tea. I have to say, this was excellent! Perfect finish to a wargames show and top marks to Richie's Mum for the spread. Will definately be back for more of this! Made a change from beginning the show with a greesy spoon fry up, not that there isnt a place for those too! 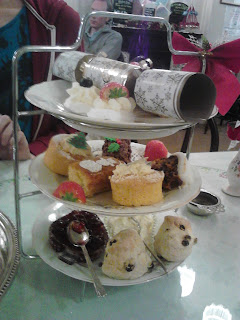 It's been a while since we went down to Castle Donnington for the Derby 2012 Wargames show. A good show generally but a bit disturbed by the motor racing going on outside. Got a few bits for my Bolt Action collection including a couple of Warlord tanks. T34 and this Hetzer, which I had painted and finished less than 24 hours after getting it home! Also bought the rule book for the bargain price of £19. 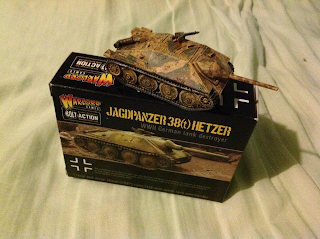 I was hoping to get in on a demo of Bolt Action but it was a bit too busy. Took some pictures instead, which I will use for reference. 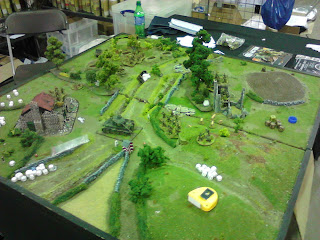 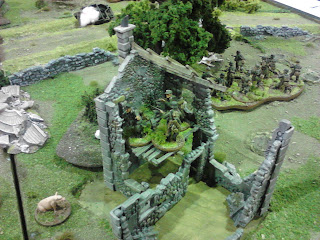 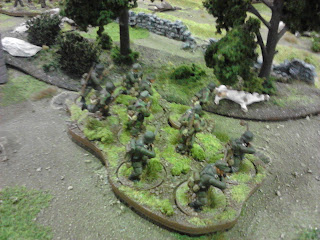 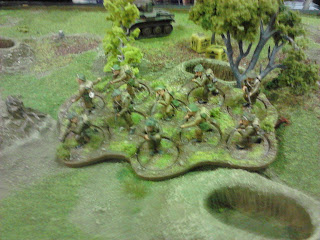 I liked the idea of the movement trays but the Soviet units have 12 men and the trays only allow for 10, though no problem just adding extra figures to the bulk tray alongside. I do also really like the ruined hamlet Warlord do and will probably pick one up soon.
Met many other chaps of good breeding from the WD3 site at Derby too. A good day out thanks to Peeler for driving and Richie for buying the Star Wars X-Wing game first so I could see if it was any good before I bought it.